Why Is My Dog Breathing Fast In His Sleep?

“Why is my dog breathing fast?” is a fairly common question from dog parents. Sometimes rapid breathing can be normal, but other times it may signal a problem. Integrative veterinarian, Dr. Julie Buzby, puts your mind at ease by explaining how to tell if your dog’s breathing is normal and discussing 10 conditions that may cause your dog to breathe fast. 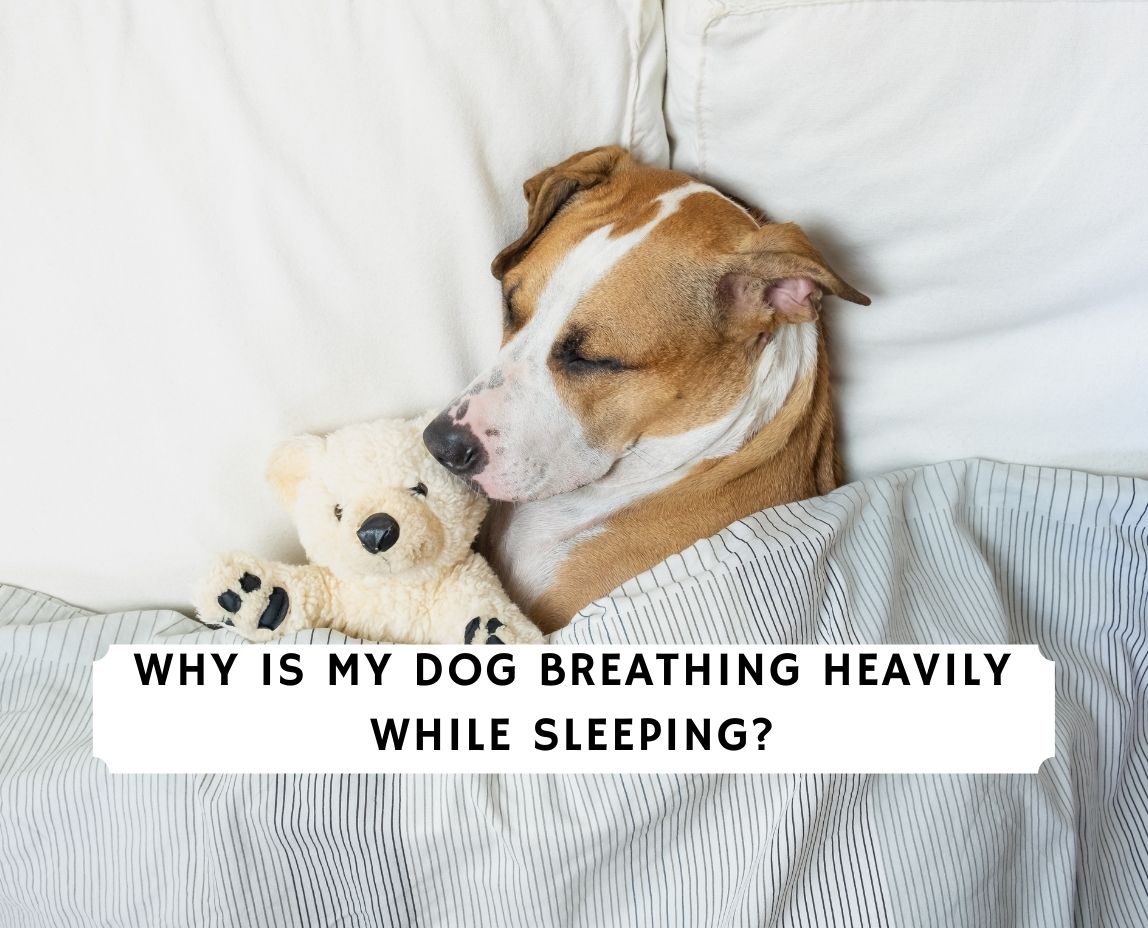 As a dedicated dog parent, you may spend a lot of time staring at your adorable dog. So it only makes sense that sometimes you might wonder if what you are seeing is normal. This is especially the case with breathing because your dog’s rate and type of breathing can vary greatly through the day.

Always reach out to your experienced, knowledgeable veterinary provider if you have any worries and keep a pet emergency kit handy for those just-in-case situations.

What is “normal” breathing for a dog?

Being a hound, Jake likes to spend some of his day lounging around the house. At rest, he should be breathing easily through his nose with his mouth closed. If I were to count how many times he breathes (inhales and exhales) in a minute, it would probably be around 10 to 35 times. (For more details on how to measure your dog’s respiratory rate, check out my blog Keeping a “Pulse” on Your Dog’s Vital Signs).

Sometimes during REM sleep, he will be breathing fast while sleeping. He may also whimper, twitch, or growl as he dreams. As long as I can wake him up and he acts (and breathes) normally once he is awake. this isn’t a cause for concern. These actions are probably just a dream, not something more scary like a seizure in dogs.

If he goes outside and romps with my kids in warm weather, he may start panting with an open mouth and his tongue sticking out. This is a normal way for dogs to cool down since they don’t have as many sweat glands as people do. As long as he isn’t panting extremely hard, is still acting normal, and stops panting once he cools down inside, I’m not too worried.

What is “abnormal” breathing for a dog?

Now that you have an idea of what is normal, let’s talk about what might be a cause for concern. Be on the lookout for:

If you notice any of these signs, this may mean that your dog is experiencing breathing issues. Immediately bring him or her to your veterinarian for evaluation and treatment. Respiratory distress can be fatal, so don’t delay in getting help for your dog.

Why is My Dog Breathing Fast?

The reason behind your dog’s rapid breathing can be any number of things, as mentioned earlier, and narrowing it down to the right one should come before you hit the panic button.

But first, what dog respiratory rate would you label as “normal” or “rapid”?

A dog’s normal breathing rate ranges between 10 to 34 breaths per minute. And for a puppy, it’s bound to be a bit higher – say by about 5-10 breaths.

This might even help you pinpoint the problem – if any – and help your vet come to the correct diagnosis if needed.

What About Trouble Breathing at Night?

In this, puppies are no different from other dogs. And as you can guess, this is perfectly normal. You probably talk or kick around in your sleep too, sometimes.

It could be down two broad triggers:

Usually, if a puppy is breathing fast due to disease or a disorder of some kind, you can probably see it soon enough in their discomfort.

Dogs with flat faces like pugs and French bulldogs do suffer from breathing issues. These dogs suffer from Brachycephalic Obstructive Airway Syndrome (BOAS), which is caused by a narrowing of the upper respiratory tract. You may find dogs with BOAS have trouble breathing especially after exercise or eating meals. 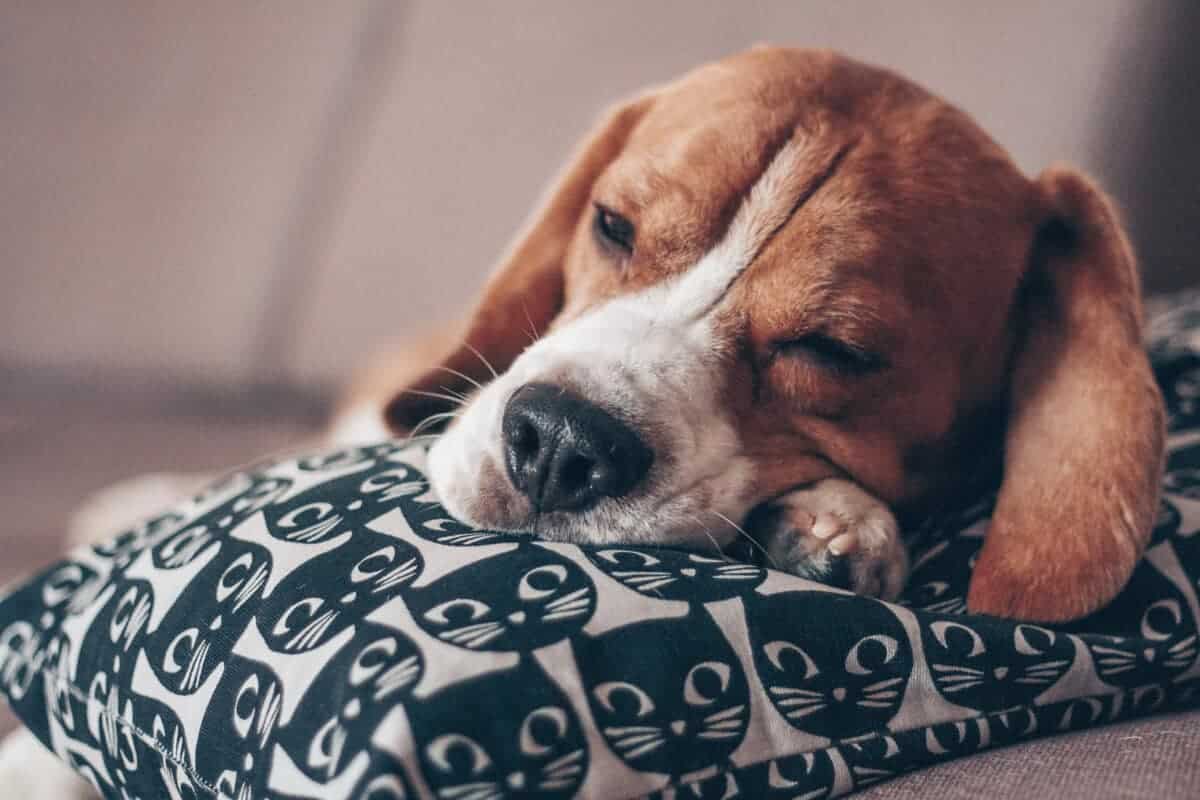 Why is my dog breathing fast?

The most common reason for (rapid breathing in dogs) is exertion. Dogs do not sweat like humans, so panting is how they keep from overheating. If your pet recently took part in activities like fetch or went on a long walk, rapid breathing for a short period of time is fine. Dogs can also breathe faster while in deep sleep, as they may be acting out their dreams.

There are other conditions, however, that can lead to rapid breathing.

Heatstroke is the most benign cause. If your pet has overworked itself in warm weather, get it out of the sun and put cool water on its body.

Tachypnea and Dyspnea are disorders that can lead to labored breathing. The former is primarily caused by weather or stress, while the latter is a sign of potential problems like fluid in the lungs.

Onion or garlic poisoning happens after a dog has ingested onions or garlic, which can be fatal in large doses.

Anemia is a common issue for dogs that can lead to rapid heart rate and breathing.