Why Is My Dog Eating Paper All Of A Sudden?

As a dog owner, you already know that dogs will try to eat pretty much anything that they can get their mouths on. They are curious animals by nature, and they are also incredibly greedy. As a dog owner, if you had a cent for every time you’ve asked your family ‘What’s the dog eating now?’, you’d probably be a millionaire. So, the chances are that your dog has probably eaten paper at some point. 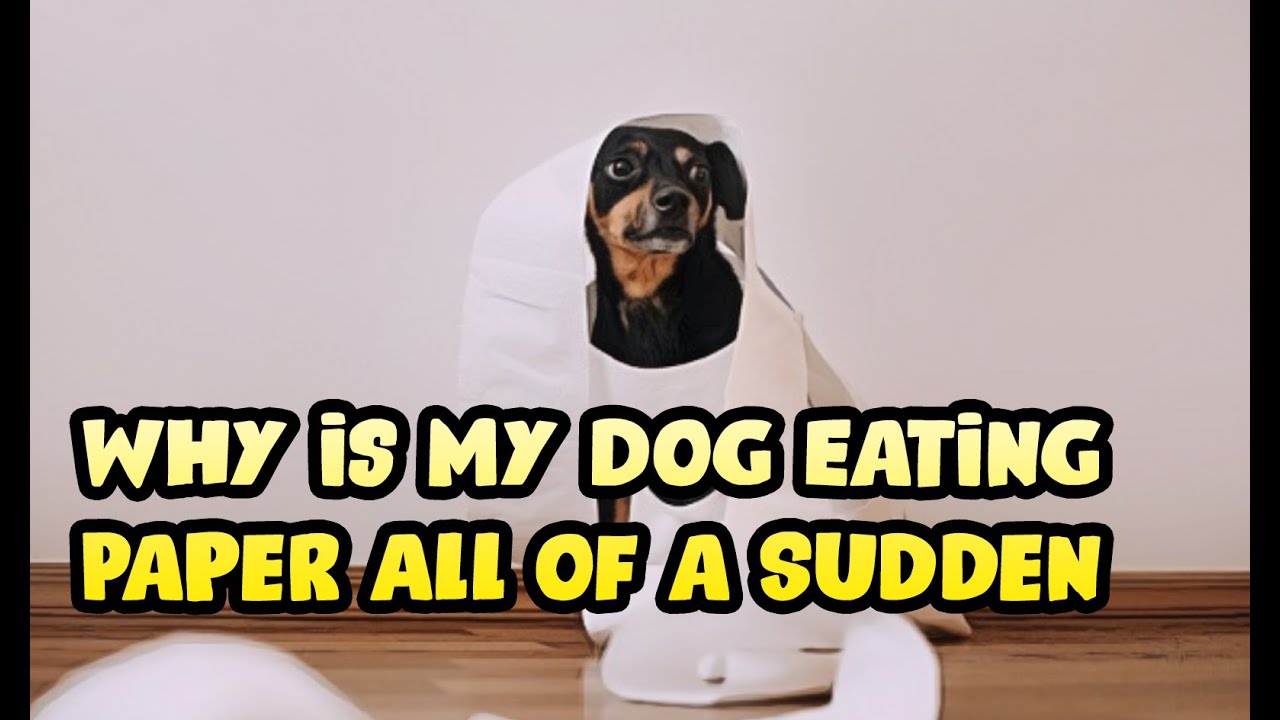 When your dog attempts to eat strange things, it usually isn’t that much of a cause for concern. However, if your dog has begun eating paper regularly, then you might be a little worried. In this guide, we’re taking a look at why dogs can suddenly start eating paper, and whether, or not, it is bad for them. So with no further ado, let’s get started.

Why do Dogs eat paper?

There are lots of things that dogs attempt to eat, that you can kind of understand the appeal of, like human foods that they aren’t really allowed. But there are some other things that are truly puzzling. So why do dogs eat paper and paper towels?

One of the main reasons why dogs will eat something that they aren’t supposed to is stress or anxiety. There are a number of things that can make dogs experience great amounts of stress, and when they do experience this, dogs will often become destructive.

Think about the way that you deal with stress, and you will probably realize that a lot of your habits aren’t healthy or don’t make sense. So, it shouldn’t come as a surprise that dogs too can often act out of character when they are struggling mentally.

For some dogs, ripping things apart is a way to calm the stress that they are experiencing, having a soothing effect. So, your dog might begin to tear paper apart when they are in turmoil. This act of tearing paper apart, could also lead to your dog eating a small amount of the paper that they are destroying.

Another reason why your dog might begin eating paper is because of boredom. Dogs always seek fun activities, and can generally find something to keep them occupied when there is nothing else to do. But, unfortunately, these fun things can sometimes be destructive to your home. 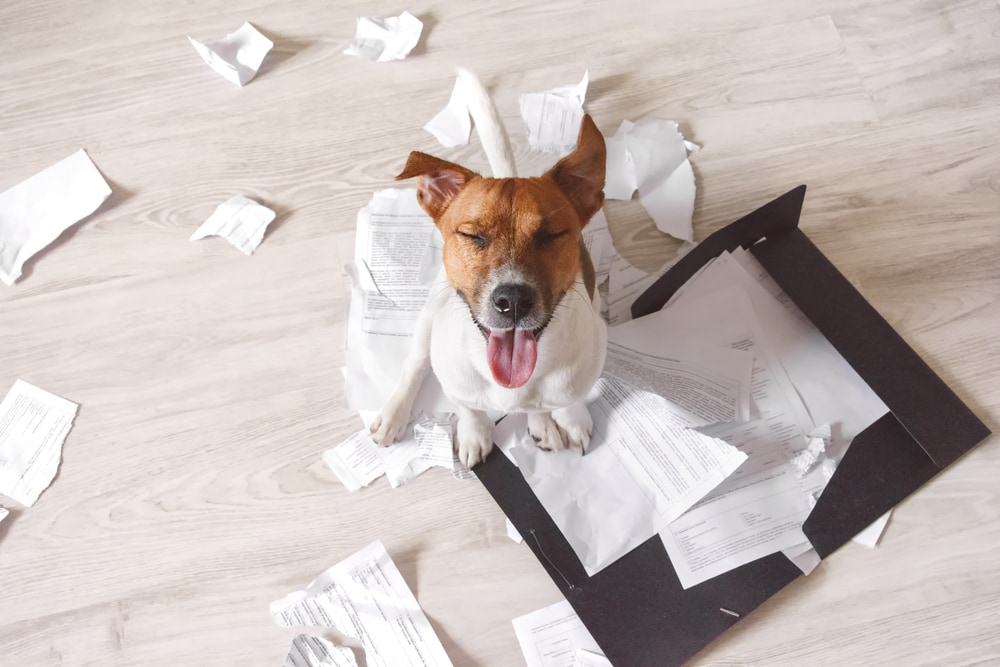 If you are a dog owner, there is probably some point in your dog’s life where they have ripped up an important document, or torn up a whole roll of paper towels. A dog’s destructive behavior when bored isn’t limited to paper, you probably will have found a whole host of precious items chewed to bits if your dog has been left alone for just a moment too long.

So, if your dog is bored, and cannot find a toy to entertain their brain. There is always the possibility that your dog might turn to ripping up paper or paper towels as a form of entertainment. This may also lead to them eating it.

Eating paper or paper towels is especially common in larger breeds of dogs. This is because larger breeds need to eat more calories throughout the day, and a lot of owners unknowingly underfeed their dogs. As dogs are scavengers, they will then begin to search around the home for something that they could eat, which might lead them to paper towels.

As a dog owner, you will already know that dogs really aren’t fussy about what they eat. So, is it really a surprise that your dog might turn to something that seems totally appealing when they are hungry? You only need to think about it for a moment before you realize that it really isn’t.

The next reason that your dog might eat paper is closely linked to hunger, and that is a nutrient deficiency. If your dog is not getting all the nutrients that they require from their diet, then they might turn to eating strange things to try to balance these things.

As human beings, we believe that we are very in tune with our bodies, but our knowledge of what is going on inside us is far more limited than that of a dog. If a dog knows that they are not getting enough of something in their diet, then they will go out of their way to try to correct this imbalance.

Why has my dog Suddenly started eating paper?

So, we’ve just looked at the general reasons that your dog might be chewing (and eating) paper. But, none of these reasons really explain why your dog might begin eating paper completely out of the blue.

If your dog has always eaten paper, or at least ripped it apart, since they were young, then this behavior might not be as much of a concern. You might find that your dog always turns to tearing paper apart when you have to leave them at home alone, in which case there is a clear explanation for this destructive behavior.

But, if your dog has never exhibited this bad behavior before, then your dog suddenly eating paper might be alarming. The reasons that we looked at above could still explain why your dog has suddenly started eating behavior, but it also may not.

Eating paper towels or newspapers is not among the everyday habits of the dog. Doing so can not only cause blockage but also absorb body fluids. The absorption can be to the extent that it may cause severe dehydration. Other issues can be sore stomach and constipation. Therefore, now you know how harmful it is for your pet to eat newspaper and what can be the possible reasons for such behaviours. You can try tips as mentioned earlier to stop your pup from eating newspapers. Remember, try to understand your pup’s problem and never rebuke them for any of this behaviour. Otherwise, it can lead to more severe issues along with a puppy’s revolt against you.