If you drink milk, you expect that the bovine or caprine supplying the beverage gave birth to a calf or kid. That’s the way Mother Nature has designed the system, but there’s a caveat. Female mammals are designed to produce milk for their offspring, and so powerful is the procreation urge that sometimes milk appears in females who don’t have babies.

Of course, if your dog has puppies or they are arriving imminently, you expect her to secrete milk. That’s normal. What’s not normal or expected is when a female dog who has no puppies and isn’t pregnant — as far as you know — starts having milk or any type of liquid emanating from her nipples. What is critical is finding out exactly what is causing this discharge.

Female dogs produce milk, or something with the appearance of milk, for two sets of reasons. Most of the time it is related to real or perceived pregnancy, but it can also be related to various illnesses. 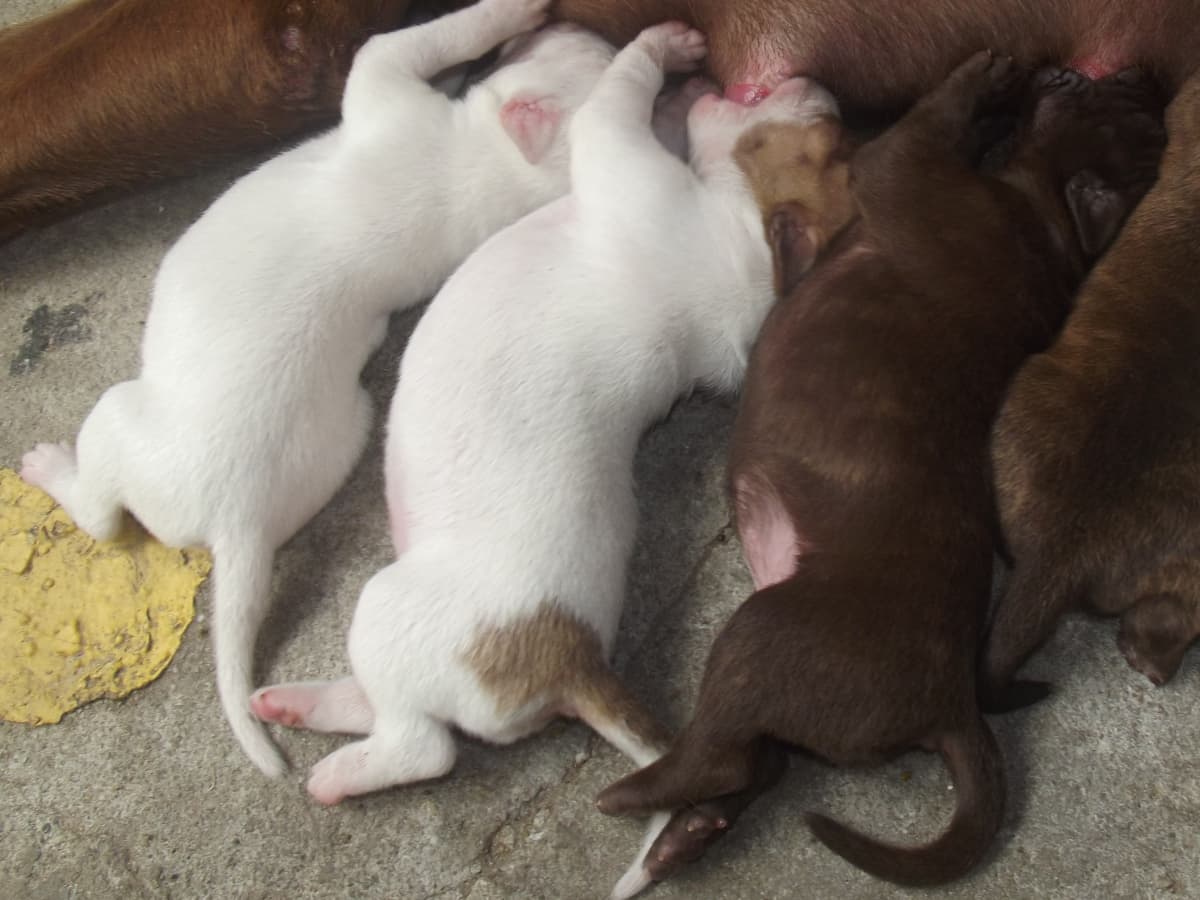 Intact females and those spayed after the age of 2 are at increased risk of developing mammary gland cancer, according to Pet Helpful. Symptoms of this type of canine breast cancer may include a discharge from the nipple, which is generally yellowish. The discharge may also contain blood or pus. The nipples closest to the dog’s rear legs are the most often affected by mammary gland cancer.

The good news is that some mammary gland tumors are benign, and the worst type of malignant tumor, inflammatory carcinoma, is relatively rare. If your dog has any sort of unusual discharge coming from her mammary glands, she requires prompt veterinary attention.

An abscess in the mammary gland may also cause a discharge. Such a discharge may include pus and blood, and smell quite bad. A mammary gland discharge usually results from a foreign object, such as a twig or thorn, puncturing the skin near the nipple. The abscess forms due to the bacteria introduced by the foreign invader. In addition to the discharge, an abscess usually generates swelling, fever, heat, and pain.

Take your dog to the vet if you suspect she has an abscess. The vet can drain the abscess and prescribe oral antibiotics to help combat infection. A large abscess may require the installation of a drain to flush out blood, pus, and other fluids.

There’s always the possibility that your dog was bred without your knowledge, and she’s secreting milk because she is pregnant. Think back roughly two months. Did your dog get out of the house, even for a short while? A female dog in heat leaves clues for every intact male dog in the neighborhood, and she may have had an eager suitor or two in waiting.

Pregnant dogs don’t usually secrete milk until shortly before the birth, although some may start doing so several days previously. If you thought your girl was putting on weight, or she has some of the “false” pregnancy symptoms, there’s a chance you’re dealing with the real thing. Your vet can confirm a pregnancy, and you can start making preparations for puppies.

Female dogs spontaneously produce milk when they have given birth to puppies. This is a normal part of biological parenthood for any female mammal.

Female dogs may also produce milk when experiencing a false pregnancy or when another creature attempts to nurse from her. A false pregnancy is a condition where a female dog exhibits various symptoms of pregnancy, such as producing milk and building a nest for her puppies, but is not pregnant. Female dogs can also produce milk when another creature, such as a puppy or kitten, sucks and kneads her mammary area, even though she may not be pregnant or have recently given birth. This would have been essential when dogs lived in the wild in the case of orphaned pups.

If your intact female dog starts secreting milk, but you are positive that she has not been bred, it’s possible you are dealing with a false pregnancy. False pregnancy symptoms generally occur about a month or two after the dog’s last heat, according to PetMD. Hormonal imbalances are the most likely cause of false pregnancy. The dog doesn’t secrete milk from her nipples per se, but rather a brownish or watery fluid.

Other false pregnancy symptoms include a distended abdomen, restlessness, mammary gland enlargement, and nesting behavior — in other words, the same traits that a dog who is expecting may display. There’s no treatment necessary, but if the dog tends to exhibit signs of false pregnancy, having her spayed is a good idea. Symptoms stop for most dogs after two-to-three weeks. 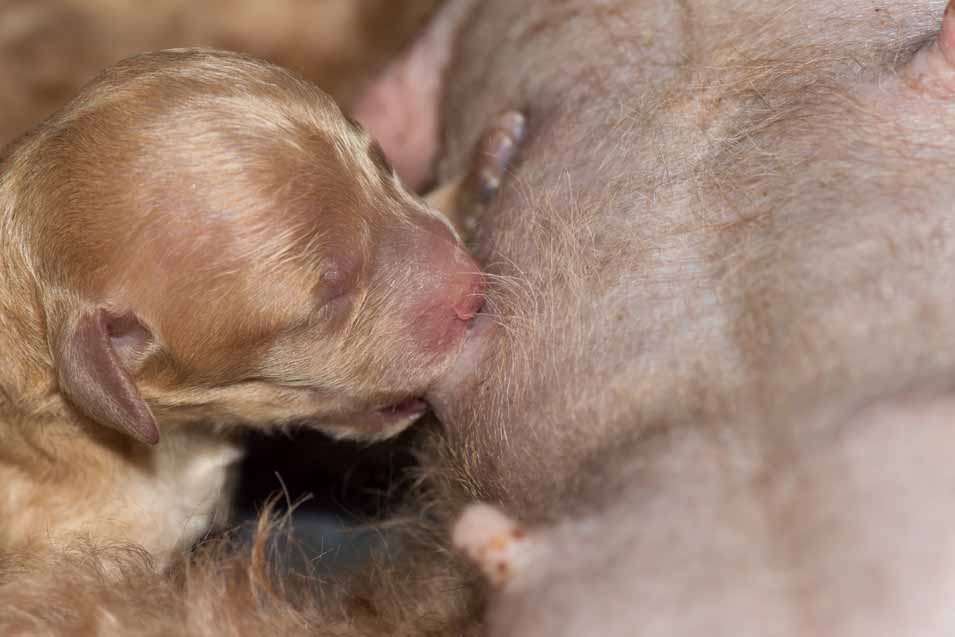 Hypothyroidism occurs when the circulating level of thyroid hormone (T4) is too low. This causes the dog’s metabolism to slow down, resulting in symptoms that are typically associated with old age, such as lethargy, weight gain, loss of muscle coordination, and many more. Hypothyroidism usually occurs in medium to large dogs between 4 and 10 years old, and can be caused by lymphocytic thyroiditis, thyroid cancer, improper level of iodine, being born with it (congenital hypothyroidism), or for no clear reason.

Mammary gland tumors are growths in one or more of a female dog’s eight to ten teats. They may or may not be cancerous. Hormones are a clear factor in mammary cancer, as only half of one percent of dogs spayed before their first heat ever develop the disease. Toxins, such as pesticides and household chemicals, may be a risk factor, but there are no clear and certain non-hormonal causes of mammary gland tumors. In the case of a mammary gland tumor, the white substance produced may look like milk, but it is actually pus 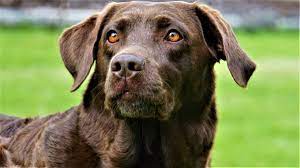 There is no need to prevent a normally lactating female dog from producing milk, even if it is experiencing a false pregnancy or nursing without being pregnant. Hypothyroidism is typically not preventable; however, mammary gland tumors are almost entirely preventable by spaying your female dog before her first heat