It’s a common scenario—one that you’ve probably experienced before.

You’re on a walk or hike with your dog. You look down, and before you know it, your dog is rolling around on something. And it happens to be poop. Your dog rolled in poop right before you were ready to pop in the car for a long ride home. (This is actually what happened to me and my dog Burgundy after an overnight backpacking hike.)

This is probably not the first time your dog has rolled in something smelly, either. So why do dogs roll in poop, and how can we stop it?

Is It Normal For Dogs to Roll in Feces?

In many ways, rolling in poop is, indeed, just a dog thing. It is extremely common, and most dogs usually indulge in this behavior at the most inconvenient times—right after a bath, just before company is coming, or as you’re on your way out the door. It is not only common, but also normal. Even wild dogs such as wolves and foxes roll in fecal matter of other animals.

Reasons Why Dogs Roll in Poop

Here are three common reasons your dog rolls in poop.

This one might be hard to accept, but it does seem that dogs might actually just like the smell of other animal’s fecal matter. Think of it like humans putting on perfume—for some folks, the stronger the scent, the better. Dogs seem to be no different in this regard.

Many dogs will spend plenty of time when out for a walk just looking for the most disgusting thing possible to roll in. Other dogs, like my dog Toupe, may relish rolling in anything dead. Something as simple as a roadkill earthworm might induce your dog to roll. There is no accounting for taste when it comes to dogs rolling in things.

They are covering up their own natural scent.

Many people feel that, as predators, wild dogs have an advantage when hunting if they don’t smell like a coyote, for example. Hiding their identity in this respect might give them a tactical advantage.

Although this may be the case, some studies have shown that wild animals, when given the choice, will roll in things that are innately foreign to them, such as perfume and motor oil. Covering yourself in these strong scents doesn’t seem like a really good strategy for hiding from your prey.

They’re telling the story of where they’ve been.

Think of this like bringing postcards home from your vacation. When a dog returns to their pack, they are bringing back the smells of the places where they’ve spent time. This allows the other members of the pack to follow the trail back to the source and to any food that was found nearby. So in a way, rolling in feces is a form of communication amongst a pack—sort of the dog version of a social media post. 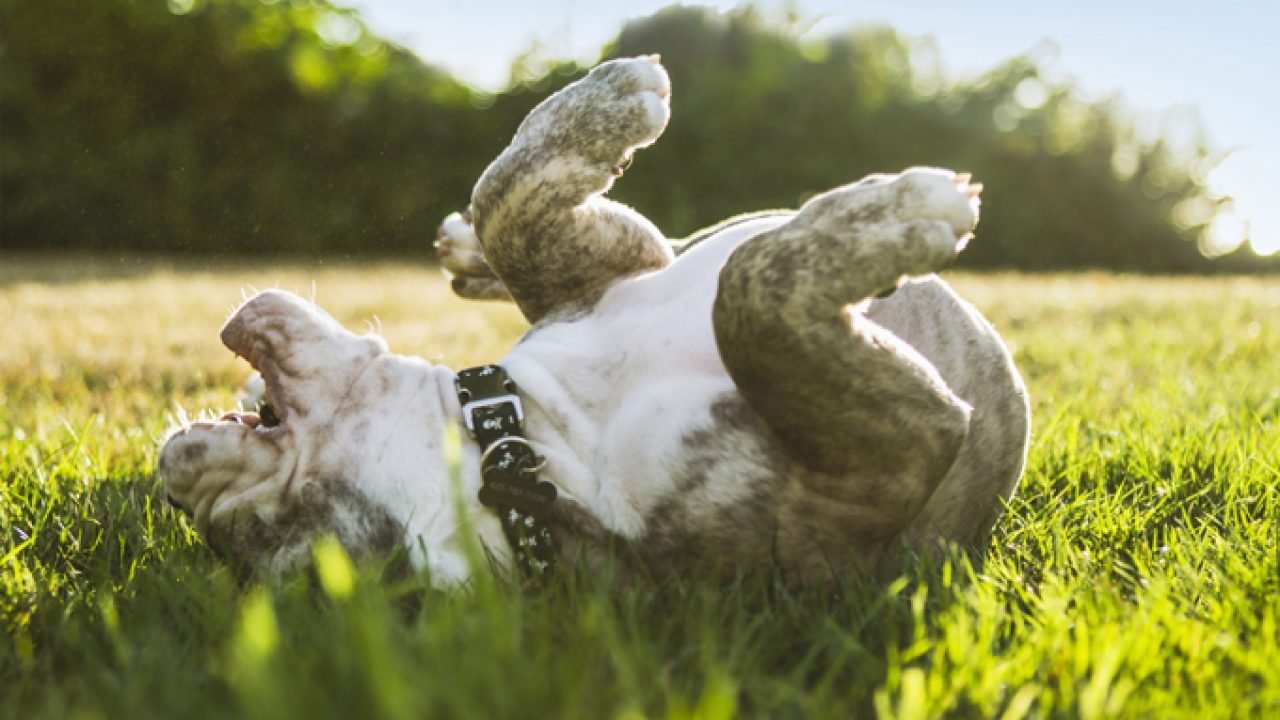 How Can You Stop a Dog From Rolling In Poop?

For many pet parents, this may be the million dollar question. They aren’t as interested in why the dogs do it, but more so in how to stop it. Unfortunately, this can be an extremely difficult lesson to teach.

If your dog is on-leash, it’s much easier. Simply lead your dog away from the offending area, and the opportunity never presents itself. If your dog is off-leash, however, the challenges mount.

Many behaviorists recommend teaching your dog a command called “leave it” in which your dog learns to not touch the object. This training can begin in the house with an item such as a sock, which is interesting, but off-limits.

You can gradually increase the value of the item up to treats, where your dog is not allowed to approach until you release the “leave it” condition by giving another cue, such as “OK,” which tells your dog they may now take the treat.

Getting past the stink

Even with all of your best efforts, your dog may still come up to you sporting that “Eau de Barnyard”. We understand, it can be off putting to say the least. The best way to combat the odor is to give them a bath with an odor neutralizer. Brands like Nature’s Miracle have dog shampoos with odor neutralizers built in.

*Hint: orange oil is a pet safe deodorizer and degreaser. You could make your own deodorizer with a combination of baking soda, hydrogen peroxide, and a mild liquid  soap (this method was proven on Mythbusters), but be sure to avoid contact with eyes, and give them a thorough rinsing.

Another preventative measure you could take during your dog’s bath time is to use an unscented shampoo. We understand that you love the smell of “honey sage,” but your dog may not appreciate that smell; and you could potentially prevent that sniff and roll by not putting that perfume on your pup.

Dogs have been rolling amuck for hundreds of thousands of years; it’s a behavior that is ingrained in the fiber of their being. But with some good training, you can convince your dog to perform a more desirable behavior. All it takes is some patience and hopefully a good chuckle when they come running back with a giant smile on their face, sporting the latest in the Cow Poop Couture. 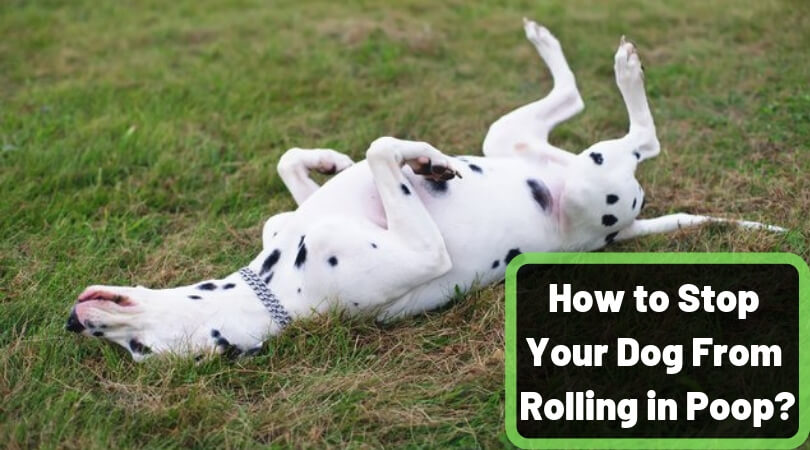 What to do if your dog likes to roll in poop?

Even though this may be a natural behaviour in dogs, it doesn’t mean that you have to live with a smelly pooch. Nevertheless, you cannot punish this behaviour. You just need to teach your dog how to stop. There are a few steps you can take in order to do this.

For example, if your dog rolls in his own poop, you should immediately clean up any poop he makes in the garden as soon as he has gone. No poop, no opportunities to roll in it!

If you’re out walking your dog, try to keep him on a short leash. This will prevent him from rolling around in another dog’s poop.

This, however, won’t stop your dog from trying to roll in poop. To try to eradicate this behaviour, avoid any type of punishment. This will only increase anxiety and stress in your dog, consequently increasing the undesirable behaviour.

Instead, try to distract your dog by calling him back to you when you notice he’s picked up an interesting scent. Praise him when he comes! Additionally, increase your dog’s exercise routine and try problem-solving or mind-games at home. A tired and busy dog will be less interested in new smells: if you satisfy his cleverness, he may not need to find other ways to keep himself occupied!