Is it your goal to expand your parrot’s diet to include novel ingredients?

It’s possible that some items that are safe for humans to eat are actually poisonous to birds.

To be absolutely certain it is safe for your parrot, it is best to search it up online.

Ultimately, it’s preferable to err on the side of caution rather than regret later.

In a nutshell, yes, parrots can eat cucumbers.

However, before feeding your parrot a piece, there are a few things you should keep in mind. 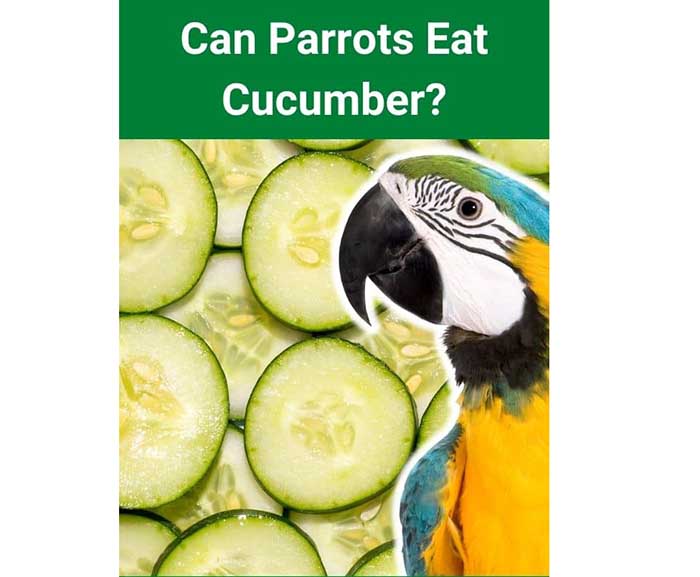 What You Need To Know

Cucumbers sold in stores may have been sprayed with harmful chemicals to increase their attractiveness to humans and prolong their shelf life.

Although these amounts may not be noticeable to a human, they can cause serious problems for your feathered buddy.

Because of this, it is recommended that you only give your parrot organic cucumbers.

A couple more facts about parrots and cucumbers are in order, so let’s check those out.

Stay with me here.

Are Cucumbers Bad For Birds? 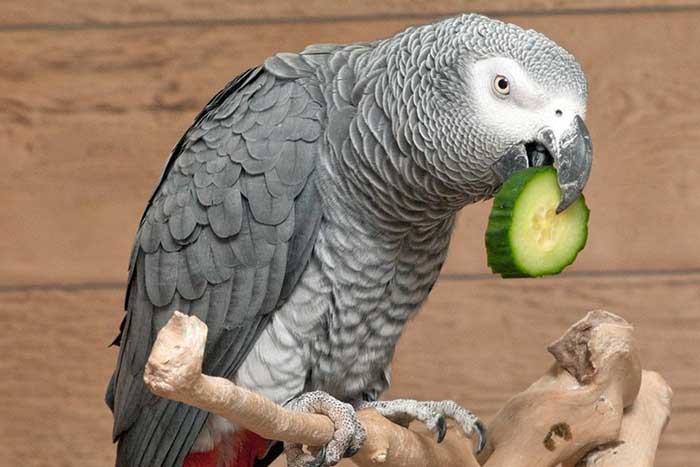 Cucumbers are safe for birds to eat.

The truth is, there are a number of positive health effects from consuming them.

But that’s something we’ll discuss in more detail later.

However, some birds are allergic to cucumbers, so it’s important to test a small bit first to be sure your feathery friend won’t have a negative reaction.

Cucumbers are safe for African Greys to eat.

In the warmer months, you can give your African Grey a tasty and nutritious treat of cucumbers.

However, pickled cucumbers should be avoided since they may be preserved with artificial ingredients.

Let’s have a look at why feeding your parrot cucumbers is good for it.

Benefits Of Giving Your Parrot Cucumber

Parakeets, like humans, can reap many health benefits from eating cucumbers.

The following are some of the ways in which cucumbers can improve your bird’s health:

Bones and teeth benefit from manganese’s presence. The micronutrient is abundant in cucumbers, making them a desirable food choice.

Magnesium contributes to the health and vitality of the beak, feathers, and bones.

Their cardiovascular health is also enhanced.

A lack of vitamin A can lead to excessive growth of the nails and beak in your parrot. Furthermore, it can cause them to chip and flake. Cucumbers, rich in Vitamin A, can aid in warding off these problems.

Your feathered friend’s immune system will be strengthened with vitamin C, making it more capable of fending against illness. In addition to being great for your parrot’s physical health, it is also great for its mental and emotional well-being.

As a bonus, cucumbers are loaded with vitamin K. This aids in blood clotting, which speeds recovery.

Negatives Of Giving Your Parrot Cucumber

To be sure, there is a dark side to providing your parrots with cucumber.

The arrangement is as follows.

Your parrot may refuse to eat anything else today if he decides he doesn’t like cucumbers.

To further complicate matters, even if cucumbers are healthy for parrots to consume, your bird may still have an allergic reaction.

For this reason, it is wise to first test the food out on a limited scale to ensure that it is suitable for your needs.

Cucumbers have a calming effect on the digestive tract and are generally well-tolerated. The problem is that parrots can have stomach problems if they eat too much of it.

Before feeding your parrot cucumber, you should seek advice from your veterinarian.

If everything is fine and you want to give your bird some cucumbers, you need to know how to give them to your bird.

How about we analyze your options?

How to Feed Your Parrot Cucumber 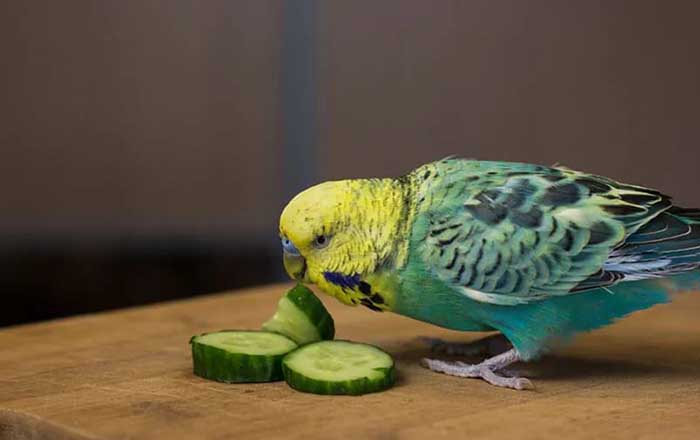 This portion of the essay will discuss several methods for increasing the amount of cucumber in your parrot’s diet.

Cucumbers’ peels can be sprayed with pesticides or waxed to make them more visually appealing.

To be on the safe side, it’s best to remove the covering.

The first step is to serve chopped cucumber.

If you combine sliced cucumber with your parrot’s other favorite meals, you have a salad that he or she will love.

Nuts, seeds, fruit, and vegetables are just a few of the many possible additions.

Give your picky parrot some mashed or boiled cucumber.

Even though it may sound strange, some parrots enjoy a fried cucumber snack.

If everything else fails in getting your parrot to eat cucumbers, you can try giving it water with cucumber slices in them.

Is your head spinning with new information about parrots and cucumbers?

Parrots can consume cucumbers without risk.

However, organic cucumbers are your best bet because they are chemical-free.