Although there are some disadvantages to bird feeders, I still think they are outweighed by the benefits once you get used to them.

The equipment used to feed birds can become filthy if they aren’t kept clean, and cleaning a bird feeder can be a bit gross and even unpleasant. When not in use, bird feeders might attract unwelcome pests rather than the lovely birds for which they were intended. 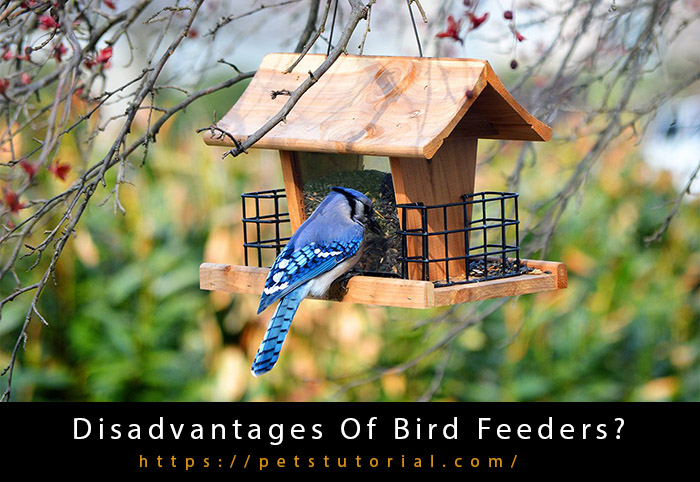 Our backyard birds can get by just well without a bird feeder, but there are times of year when natural food sources are limited.

If you think cleaning bird feeders is too much trouble or money that you don’t have, there are ways to feed birds without using feeders.

Due to the fact that they are maybe the only means to attract wildlife to your yard, I believe bird feeders will continue to play an important role.

If you can master keeping things tidy, you won’t have any trouble with anything else.

Cost is not an issue, and neither is replenishing bird food because it may last for a while, but then there’s the downside of changing out bird food, which can be such a hassle that you’d likely put it off until the feeders require more than just a simple clean.

The worst part about feeders is the gunk that accumulates, and only true believers can stay one step ahead of the filth.

Bird feeders are bad for the environment because they aren’t recyclable and can be easily thrown away in favor of brand new plastic feeders.

Bird feeders can be unsanitary

As a human, one of the biggest drawbacks to using a bird feeder is the obvious possibility of contamination.

Birds are well-known vectors of disease, and a bird feeder can encourage their spread. Thus, you would have to constantly monitor a feeder to make sure birds weren’t eating anything toxic.

It’s true that bird feeders may be maintained clean, but most of us don’t do a very good job of maintaining our feeders.

Even though it’s inconvenient, filthy bird feeders of any kind need to be cleaned out to kill off bacteria. Otherwise, people will let the feeders sit out past their prime, at which point they’ll have no alternative but to toss them away.

Cleaning can be yucky 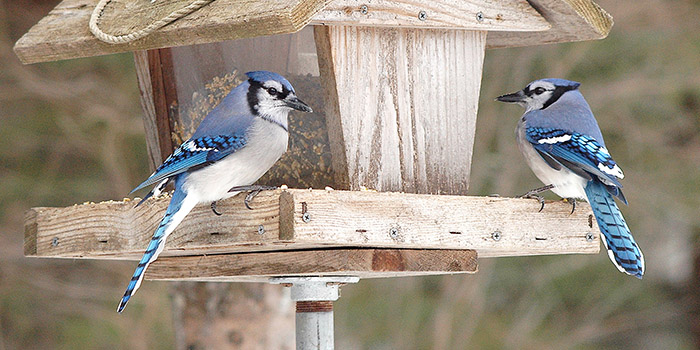 Cleaning bird feeders to eliminate bacteria, while removing stains and scraping off residue, is a chore that most of us would rather avoid.

If you don’t clean out your feeder once a month, you’ll soon find that it’s impossible to get rid of the remnants of the birds’ food, and it will never again have that fresh, brand-new feel.

Having direct contact with potentially salmonella-infested feeders is nasty because it requires you to literally get your hands dirty (because you’d wear gloves to clean them).

If your bird feeder is very grimy, you might try cleaning it with a mixture of dish detergent and white vinegar or bleach.

Over time, wear and tear will cause bird feeders to seem a little sloppy, and the interior can get so nasty that it poses a health risk.

Cleaning bird feeders designed for seeds, suet, or peanuts is a major hassle, whereas hummingbird or oriole feeders filled with nectar are slightly more manageable.

There are no short cuts here, though; you can’t throw bird feeders in the dishwasher, so you’ll have to take your time washing them by hand.

Because of the availability of bird food, several animals have gathered nearby in anticipation of a meal.

Unfortunately, squirrels, raccoons, and other woodland critters may be the only visitors to your bird feeders.

Unwanted large birds, such as pigeons or the noisier starlings, will frequently be a problem when they invade bird feeders.

Some people won’t have any problems with it, but if you pay any attention at all, you’ll see that having larger birds, squirrels, or other pests around will drive away the songbirds.

Regulating your squirrel baffle or squirrel resistant feeder until the moment comes when the vermin can no longer steal the bird food will unfortunately require more expense.

Cats may visit bird feeders, and your dog may ignore warnings to stay away from the pole, but there’s also the risk of encountering unwelcome species. The potential downside of going all-in on a spanking new bird feeding station is that no birds will visit your feeders, whether they are in the middle of the lawn or high up in the trees.

In reality, some birds may still visit, but probably not enough to justify your efforts.

People will often go to great lengths to ensure that all birds can feed at their feeders, including putting out multiple types of feeders and food.

Days or weeks of waiting would reveal the obvious: no birds are visiting your feeders.

You may be disappointed to find that your bird feeders go largely unused because of factors such as an abundance of natural food sources or the possibility that birds are visiting an alternative food source provided by a neighbor.

I can promise you that bird feeders are a good idea, as their usage is likely to increase as the seasons and weather shift.

The problem is that people are prone to giving up too soon, which means that bird food and bird feeders will be stored away before any positive results can be seen.

Expense with no return

Putting forth the time and energy to build a bird feeding station is a waste of energy, and there’s also the cost to consider.

It’s not unheard of for bird feeders to go unused, but it is possible because birds enjoy visiting feeders all through the year and it’s easy to overestimate how much use they’ll get before spending too much money.

However, the initial investment may be substantial due to the necessity of filling feeders to capacity with a variety of bird food, as well as the cost of additional bird food used to replenish empty spots.

You probably already know that bird feeders aren’t particularly pricey, but if they do end up becoming popular, the price of bird food could go up.

It’s possible that the work and money you put into constructing and installing new bird feeders will be for naught.

Even if several birds were spotted, it wouldn’t be worth the effort.

However, there is a potential downside to using new bird feeders: the expense may increase if the feeders prove to be popular, leading to the need to constantly replenish bird food supplies and replace worn-out feeders.

Using a variety of bird feeders in your yard has many benefits and almost no drawbacks, in my opinion.

But when something does go wrong, it can come out of nowhere, like when your brand new bird feeders go unused for months.

The realization that investing in bird feeders, bird food, and accessories is a waste of money and time can come as a rude awakening a few days or weeks after you’ve made the initial investment.

The major drawback of bird feeders is that they need to be cleaned frequently to prevent the growth of bacteria.

The stench of rotting bird food is another issue to consider.

A significant drawback is the requirement to clean bird feeders twice or three times per month to ensure their continued safety for the birds.

Your new bird feeders, while intended to attract ordinary garden birds, may instead draw in some unwelcome attention.

It’s possible that large or primarily aggressive birds will continue to visit your feeders, driving away the more peaceful species that you’re hoping to attract. The presence of larger birds can discourage visits by smaller species of birds.

The presence of bird feeders in the yard increases the likelihood of attracting non-bird wildlife, such as squirrels, raccoons, bees, and ants.

There aren’t many people who would list bird feeders as a con, but there is one major one: you’ll have to spend more money and put in more time maintaining them. You can’t just forget about your bird feeders; they need to be cleaned and refilled frequently.