Those crows seem to be following you around, don’t they?

If these black birds start cawing at you, just the thought of them following you could be terrifying.

You’ll start to come up with all sorts of theories about why they keep tabs on you daily.

Crows may appear to be following you around for a variety of reasons.

They would often sit in the same place, such as a tree or a post, at the same time every day.

It’s intimidating, but if you haven’t done anything wrong, you have nothing to worry about.

Indeed, these birds are so perceptive that they can recognize human faces. 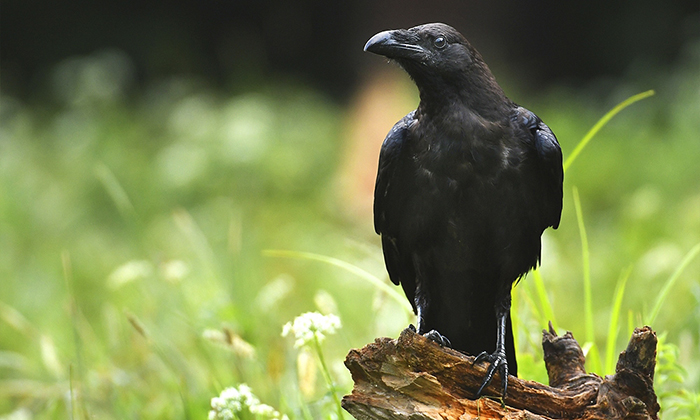 There could be a purpose for the crows’ fascination in humans.

Most likely, the crows are visiting because you are providing food for them by killing and eating local wildlife in your yard or around your house.

The fact that they know you’re a kind person and a source of food is a big one.

The crows may start following you around if they decide you pose no threat to them.

If you believe that these birds have witnessed you performing acts of kindness on multiple occasions, it is important to continue a friendly relationship with them by providing them with food.

Crows are extremely intelligent birds that will recall your every move, including the sound of your voice and the look on your face.

That’s why you need to exercise caution with them, though.

A crow’s keen eyesight and excellent memory make it possible for it to form a strong resentment toward a person who has wronged it.

If you hurt a crow, it is likely that others may see you as fair game and begin annoyingly following you or even attacking you.

Are Crows Dangerous To Humans?

It’s unclear whether or not crows pose a threat to people.

This is due to the fact that their reasons for following you can range from positive to negative.

They might be dangerous, only if they feel threatened by human action.

For instance, there are known occurrences of crow assaults because humans try to damage them or stray around their breeding zone.

It’s likely the crows mistook you for a predator and fled their nests in fear because of you.

They may really be pretty hostile, therefore you must never injure any one of them or scare them or go anywhere near their nesting grounds!

If you decide to become nice and not offer them any bad treatment, they can be one of your finest guards of regions against other predators.

Why Is a Crow Attacking Me? 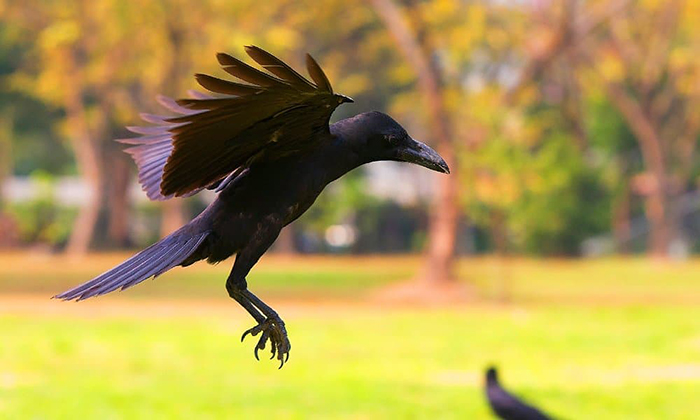 A crow may attack you for only a bad reason: you caused them injury or harmed their nest.

When crows feel the need to defend their young, themselves, or other crows, they will resort to violent means.

Crows are intelligent birds that can tell when it’s best to run away, put up a fight, or just keep an eye on humans.

In addition, they have the ability to recognize a person simply by hearing or seeing them.

They can identify the difference between a nasty individual and a valuable one, thanks to their high level of intelligence.

As a kind of self-defense, they often shoo and poke potential intruders away from their territory.

Always keep in mind that crows are highly perceptive birds that can use a variety of techniques to cause you harm.

If crows start attacking you, it’s either because you’re invading their territory or they recognize you as someone who has wronged them in the past.

Crows, like humans, have a strong need for territory.

They will strike first at anybody who enter their region, therefore it’s best to take extra precautions if you have to travel through their territory.

How To Stop a Crow Attack?

The sight of a human being being attacked by a murder of crows is typically taken in a funny light by the general public.

Though amusing at first, a crow attack may be quite unpleasant and even dangerous.

Remember, crows are sneaky and can potentially inflict a wound on your skull.

In order to rally the flock, they begin cawing angrily.

Do not resort to violence if you have been attacked.

They will attack more viciously if you fight back, which will send the message that you are a threat to them.

You may very well be in their area, so try to keep your cool and examine the situation rationally.

Quickly and stealthily exit the building.

If they are just jabbing you due of your proximity to their nest, this may be enough to cease the attack.

It could help to carry some peanuts or other snacks to serve as a diversion.

If they are merely for food, it may buy you some time or maybe end the attack altogether.

Do not hurl the food at them, since they may misinterpret this action as an attempt to attack.

Do not lose your cool; simply discard the meal and walk away.

Get out of there quick, and make note of the location so you can avoid them in the future. 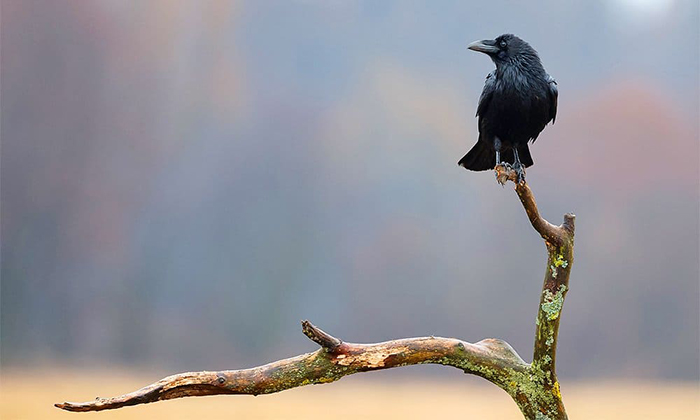 The crow is one of the most intellectual birds around and has a remarkable memory for faces.

If you’ve seen a crow following you about, it’s doing so for one of two reasons: either they want to be your friend or they want to get even with you.

By and large, crows are harmless until provoked.

Avoid doing anything that could put them in danger, and hopefully they will leave you alone.

Do your best to remain cool and avoid retaliation if you come under crow assault.

Trying to defeat them militarily will just exacerbate the problem.

Crows are no different from other types of birds.

They wouldn’t hurt someone unless they were attacked first.

Do what’s right in their sight, and you won’t have to experience their hostility.