Dogs and their owners do not need words to communicate, as they understand each other correctly. The human may uses words and gestures to put a message or a command across to the dog, and it responds in a manner to suggest that it understands, especially during training.

On the other hand, the dog may use some expressions and physical movements to pass a message across that the owner understands immediately. If a dog wants to go out to play, it will probably run to the door, start scratching it with their claws, lift a leg, wag the tail, and many other gestures.

They also have gestures for when they feel hungry or feel thirsty. All these gestures and physical movements are easy to catch up and interpret by the dog owners. However, other physical dog movements and gestures may take a while to crack. One of those movements or gestures is the dog winking at you. 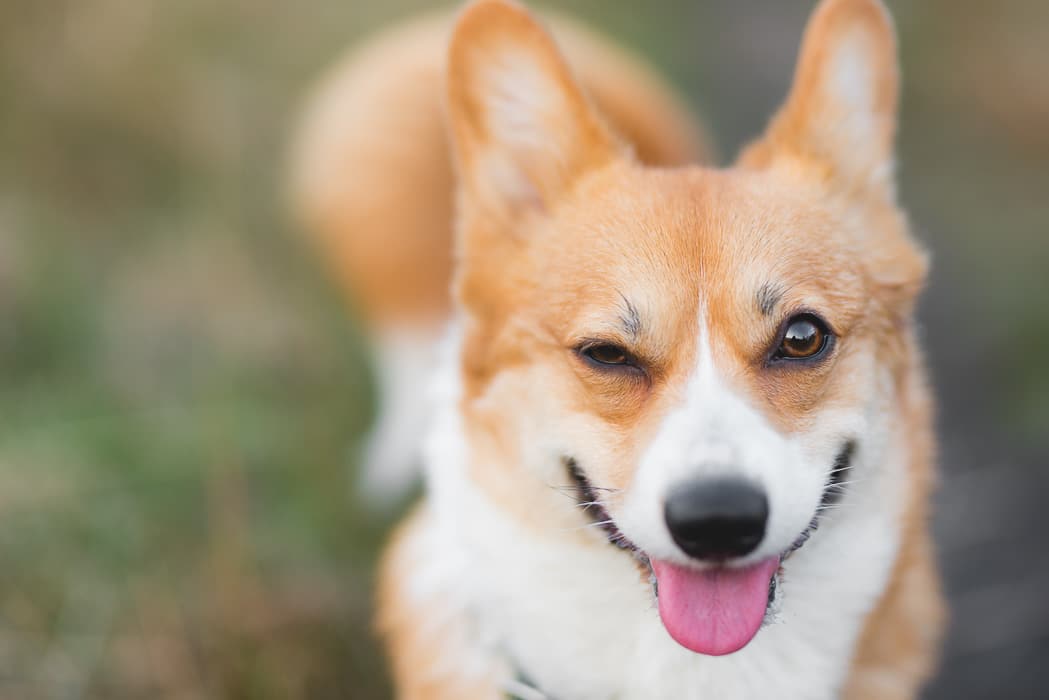 The dog winking is one of the most adorable things you will see in your pet. It is so exciting that some dog owners wish they can record the moments. Some of the dog owners do not have any explanation as to why their dog winks at them. However, they suspect that the dog is being cheeky, trying to communicate something, or just being a dog.

The most common assumption is that the wink is actually an involuntary blink to moisten the eye lenses to rid it of foreign substances. While it is okay to assume all these things, there are reasons why your dog winks at you.

So, Why Do Dogs Wink? 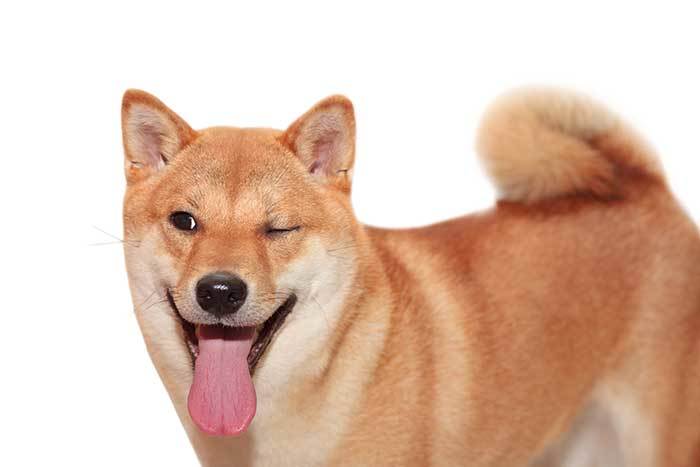 There are several reasons why a dog winks at you. I tend to think that when my dog winks at me with one eye, it is telling me, “I love you.” Sometimes when I want it to go out and play, it stares back at me and gives me the adorable wink, which I translate to mean, “NO, I am cool with just staying indoors”.

A winking dog is something, which is very hard to ignore even though some of the winks go unnoticed. Different dog owners interpret the dog wink differently. Here are some of the reasons your dog winks at you.

Even if you are not wrong to assume that dogs wink because they feel cute and want to be cheeky, it is not the reason. Dogs and humans have different ways of utilizing their facial expressions. Eye contact between humans is a sign of engagement and respect. On the other hand, if a dog stares at you and holds the gaze, it could be a sign of aggression.

The same charge is evident in eye contact between two dogs, especially when they do not like each other. They look at each other as if they are testing their dominance. If none of the two dogs breaks the stare, they get into a fight. However, eye contact between a dog and its owner is not a sign of aggression, but it could also mean many different things.

If you look at your dog closely during the wink, you will notice that it briefly looks down before staring back at you or shifting the gaze to something else in the room.

Dogs like to mimic their owners and the people they live with. Some of the little things they imitate are running when you run, sleeping when you lie on your bed to sleep, sitting next to you when you want to relax, and anything else they can pick around them. Winking could also be an act of imitating what you do.

If you wink at your dog often, it repeats the same action as a way of saying it sees you and everything you do. Imitating you is a good thing because it makes it easier to train the dog, especially if it is in its puppy stage.

A dog considers you as the role model, and it will follow everything you do. If you have more than one dog, the winking phenomenon is even more noticeable and adorable.

When a dog is not winking but giving you the cold gaze that it holds for a while without eye movements, it could mean aggression. You will notice aggression on the dog’s face evident signs of anxiety, uncertainty, and tension. When the dog looks at you and does not hold the gaze for long, it is a sign of submission.

The other explanation of why the dog winks at you is probably one you would not want to read about, but it is possible. A winking dog could be suffering from some medical issues. The potential medical condition is entropion, which affects the optical nerves.

Entropion is not new to dog breeds, and many of the breeds suffer from the situation. The medical condition is a genetic disorder that causes repeated blinks in canines. The most affected dog breeds are those with squishy faces and short muzzles.

Entropion causes involuntary winking with the eyelids flipping towards the eyes of the dog. The condition causes pain and suffering, which is why the dogs repeatedly wink to alleviate the discomfort. If left untreated, entropion causes serious vision difficulties.

Training Your Dog to Wink

A wink from the dog is exciting and something we wish we could see more often. If you want to enjoy more of those winks, you could train your dog to wink. Once you do, you will not have to worry about the wink being a sign of something wrong with the dog.

You can use behavioral training to teach your dog how to wink. Behavioral training requires following a routine that imparts new behaviors in your dog. Break the training program into several milestones that you are sure your dog will achieve.

One of the things you can be confident of when carrying out the behavioral training is that your dog will go along with you because dogs will go to any lengths to please their owners, making the whole work cut out for you. It even gets easier because, in the dog’s language, a wink is a sign of submission.

How To Do Behavioral Wink Training On Your Dog Effectively

Winking comes naturally for humans, and it denotes several emotions. When a dog winks, many of us do not know how to interpret the action, so different people interpret the wink differently. We cannot ignore the wink as just the dog being cheeky or trying to look cute because it could be anything, which includes an underlying health condition.

You should not shy away from training your dog to wink if it does not already. If it imitates your wink, give it a treat. If your dog winks at you, wink back.