A Chihuahua is so tiny that one does not help but wonder if an adult female can give birth to more than one puppy. Weighing less than six pounds, the Chihuahua is the smallest toy dog globally, but it is a delight to have around. In this article, we will be answering the question, how many puppies can a Chihuahua have, and the challenges that come with the breeds pregnancy.

Breeding a Pregnant Chihuahua and Its Challenges 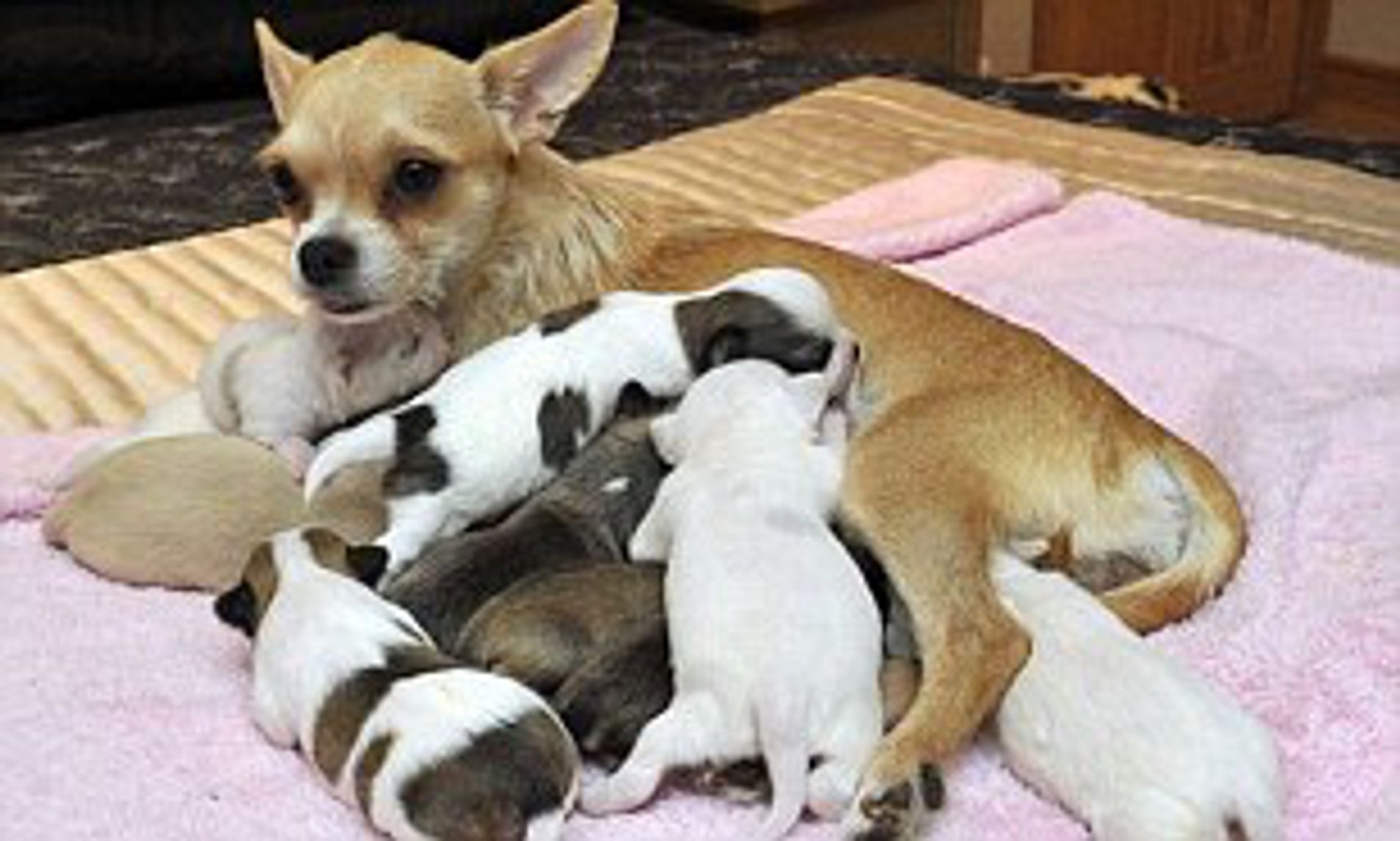 Because of its small size, breeding the dog comes with several challenges, especially during pregnancy. It even becomes more challenging if you know nothing about breeding a tiny pregnant dog. One of the things you need to bear in mind is that it is not cheap. In most cases, the Chihuahua’s small size makes it hard to give birth naturally, which calls for a C-section.

Besides the C-section, the toy dog will also need other necessary medical treatments for a safe birth. Of-course you can try to prevent your Chihuahua from becoming pregnant by keeping a watchful eye on her when she is around other dogs, especially when she is on heat. However, as easy as that might sound, it is not easy to tell when a Chihuahua is on heat because no other breed comes even close to cleaning itself the way the toy dog does.

The only signs that might indicate that the tiny dog is in heat include mood change, bloody discharge, licking of her genitals, frequent urination, and swollen genitals and nipples. If you are not lucky to keep the Chihuahua from other dogs when she is on heat, how do you tell when she is pregnant?

Symptoms and Signs of a Pregnant Chihuahua

It is easy to recognize pregnancy in larger dog breeds, but it is hard to tell with the Chihuahua unless you are very keen. If you have any suspicions that the pooch could be pregnant, you should check out for the signs and symptoms to be certain. You should also be there for the tiny dog throughout the pregnancy period because it is too delicate to handle it independently.

Chihuahuas have occasional false pregnancies because of chemical imbalances in their bodies. The false pregnancy still triggers the body into thinking that she is pregnant, and all the symptoms might show but only for a month or so. It is very vital to check with the vet if you are unsure.

How Many Puppies Can A Chihuahua Have? 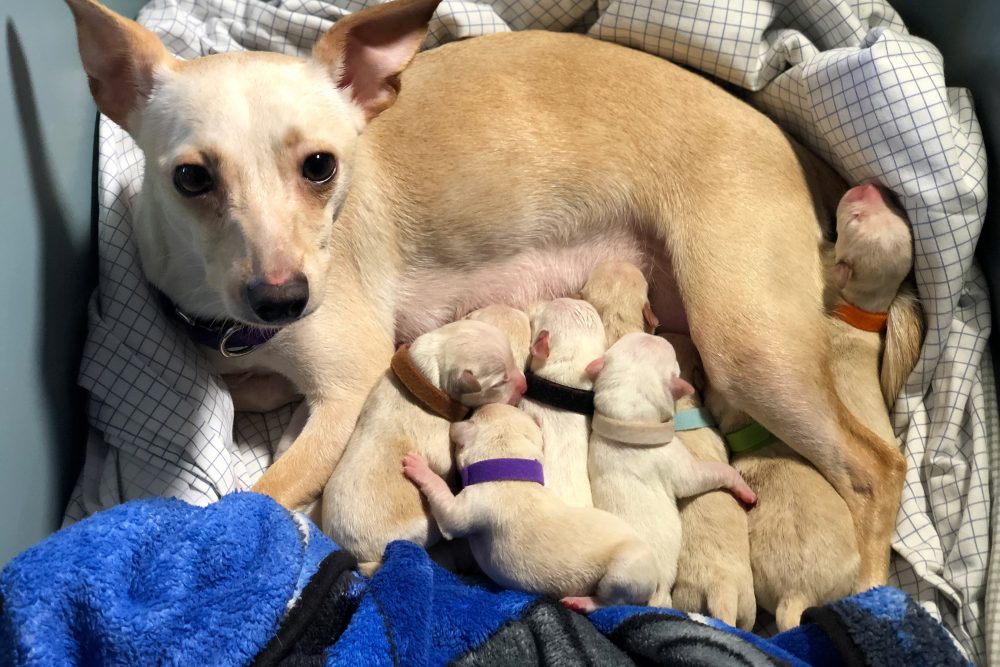 A Chihuahua can have a maximum of four puppies per birth. However, most of the tiny dogs’ average number of puppies is from one to three. Three and four are still many puppies for the tiny dog. A Chihuahua can give birth several times in a lifetime, but with each pregnancy, you can expect several complications.

The breed reaches its sexual maturity at six months, but most of them start giving birth when they are one year and above. In one year, the Chihuahua has two estrus periods, which means they can deliver two litters in a single year.

Chihuahuas are lovely tiny dogs, but they are also hard work because they require a lot of attention, especially when pregnant. The puppies, too, once they come, are also hard work. It would help if you kept an eye on the females to prevent large dogs from mating with them because then you will have many problems to deal with. One to three puppies is the average number of puppies a Chihuahua can give you. Four is too many but not impossible.