If you see the Ragamuffin cat for the first time, you might think it is a Ragdoll, which is entirely understandable considering the two have many similarities. The cat also looks like a crossbreed of longhaired cats such as the Persians or other longhaired domestics.

The other impression the cat gives is good health and immense sweetness, mostly because of the docile nature and large expressive eyes. I can tell that adopting or purchasing this pet from reputable pet stores is worth the effort and money.

Read on to find out more about the Ragamuffin cat breed. 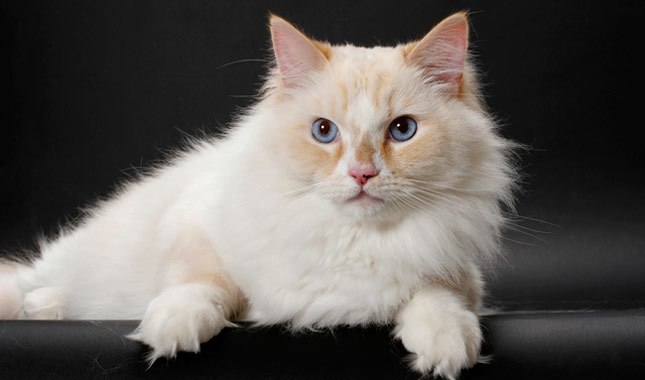 The Ragamuffin has a rectangular body shape with broad shoulders and chest. Its hindquarters are moderately masculine, and the lower abdomen bears a fatty pad. Other parts of the body, including the muzzle, chin, and forehead, have a rounded appearance with full cheeks and a short, strong, and heavy neck. The whisker pad has a puffiness that gives it a sweet look. The eyes of the breed are very noticeable.

They are sharp, expressive, and walnut-shaped with a moderate wide set and an oriental slant. The eye colors range from yellow/gold to aqua and odd-eyed. The paws have tufts between the paws and beneath them.  The legs are medium in length and heavily boned, with the back ones being slightly longer than the front ones.

It has a fully furred tail with a slight taper at the base. The Ragamuffin’s coat is either bi-colored or multi-colored with a silky, dense, and soft texture and medium-to-medium-long length. 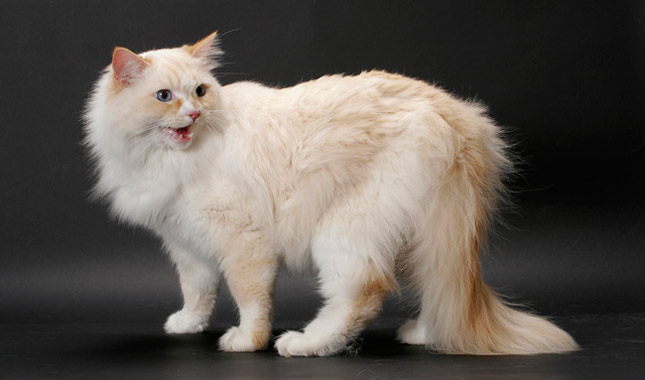 The Ragamuffin shares the same history as the Ragdoll. The breed is one of the newest in the market yet one of the most popular in many homes across the world. The first of its kind was a white Angora-type Turkish semi-feral white cat named Josephine, whose family was in riverside California and owned by Ann Baker.

The pet’s owner patented the name in 1971, but some individuals split the owner’s foundation in 1975 and renamed the new breed Ragamuffin, independent of the Ragdoll breed. Today, all cat associations except the CCA recognize the Ragamuffin. TICA does not accept the breed beyond its registration status. 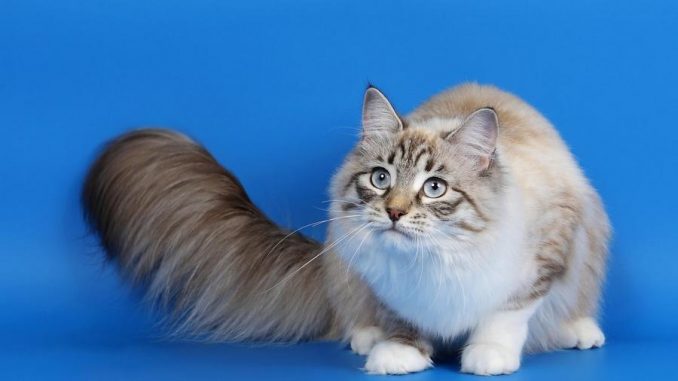 The personalities and temperaments of the Ragdoll and Ragamuffin are very similar. The breed is people-oriented, affectionate, cuddly, attentive, and very lovable. When you hold it in your arms, it tends to go limp, which is a sign of feeling thoroughly contented and comfortable.

The breed is not overly active, but it enjoys some playtime with preferred people. They also adapt fast to situations around them, they follow humans they are close to everywhere, and change of routine does not change or upset them. The cat is friendly to well-behaved children, dogs, and other cats.

The Ragamuffin’s soft, silky, and medium-long coat does not tangle much, making it one of the easiest cats breeds to groom. All it needs is a gentle combing once or twice a week to remove any loose hairs and make it feel loved.

Regular nail trimming and ear cleaning are essential for the cat, and you should do it at least once every ten days. In addition, brushing the cat’s teeth regularly with vet-approved toothpaste helps to prevent periodontal diseases. 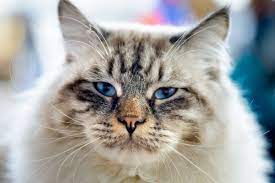 Generally, the Ragamuffin is a healthy cat. However, like all animals, it can inherit genetic health problems. Some of the most common hereditary health issues in the Ragamuffin breed include- Polycystic Kidney Disease (PKD) and Hypertrophic Cardiomyopathy (HCM).

Before buying the breed, you should insist on seeing the certificates that prove the cat has gone through PKD and HCM screening. HCM is common in cats, and it causes the thickening of heart muscles. PKD, on the other hand, causes renal failure. The life expectancy of the breed is from 8 to 13 years.

The Ragamuffin is not a very vocal breed, nor is it too active. However, it is one of the best pets to have at home, especially if you live in an apartment. It is attentive, loves everyone around them, and follows you everywhere you go, which is somewhat sweet.

Talking of sweetness, the breed is beautiful, with expressive eyes, and you will want to cuddle it to feel the soft, silky texture of its fantastic coat. If the Ragamuffin wee a dog, you would definitely put it on a leash and take it with you for walks, and it will not fight you. 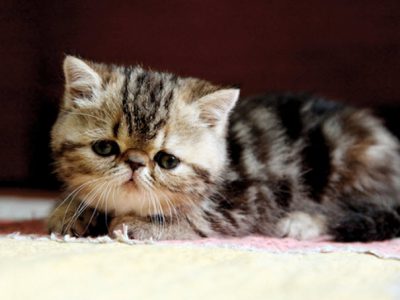 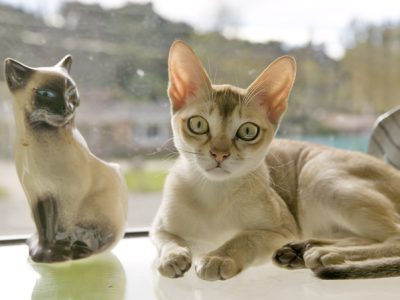 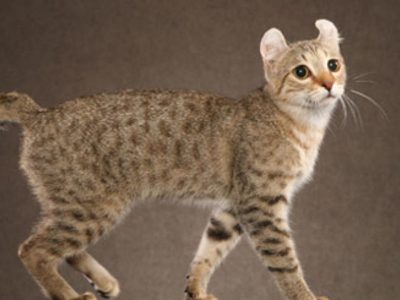 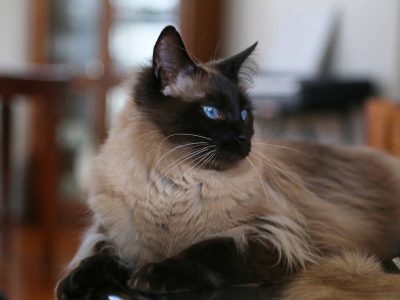 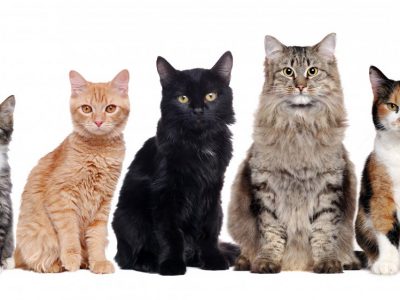