Why Is My Dog Growling At Nothing?

Firstly, it is important to understand that this is a common behavior among dogs, and most likely,  nothing to worry about. Growling is just another form of communication for dogs, as it is barking and howling. In some cases, dogs may use growling rather than barking or howling to express a number of emotions, including fear, anxiousness, warning, and content. 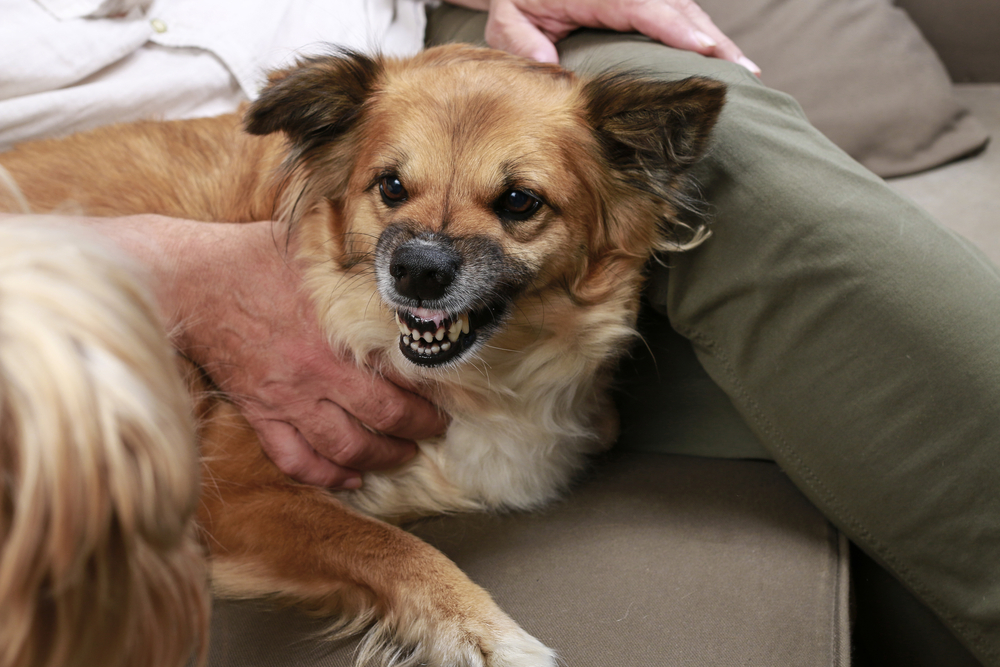 Dog growls at another dog. Pets in action

However, sometimes growling can indicate medical issues with the dog, and this shouldn’t be overlooked. It is always better to know why a behavior is occurring in the first place so that you can rule out any serious issues.  Here are some reasons why your dog might regularly growl at nothing.

If your dog is older, their age might lead to some illnesses and medical conditions. If your dog is growling while staring at the wall, this may be an indicator of early development of canine dementia. Dogs’ minds can begin to deteriorate as they get older, just as people do.

Cognitive disabilities appear through various symptoms, so if your dog starts growling, make sure that you check for other symptoms as well.

The most common signs of canine dementia are lethargy, shaking, difficulty navigating doors, excessive pacing, and antisocial behavior. If your dog shows any of these symptoms along with the growling, it would be a smart decision to take them for a checkup at the vet. As your dog gets older, their eyesight might get poor. Bad eyesight can lead your pet to not  see objects clearly and mistake shadows as a possible threat to them. Therefore, as they think that they are in some sort of danger, they start growling to defend themselves.

Due to their excellent hearing capabilities and acute sense of smell, dogs can sense animals nearby much earlier than you. As they consider other animals as intruders, they start growling. For example, if there is a mouse in the wall, your dog will start growling at it, even though you cannot see anything. That is why dog growling can sometimes appear to be bizarre behavior.

Growling Before Bed When Tired

Some dogs get irritable near bedtime or other times when they are very tired. Just as a tired child can become irritable, tired dogs can get grumpy and are more likely to growl and show possessiveness of their bodies and possessions such as toys and bones.

Because there are several possible reasons why your dog might growl, it is sometimes difficult to determine what is triggering this behavior. However, paying attention to the type of growl that your dog uses may help indicate the reason. Different growls occur in different situations and circumstances. Here are some of the most common ones.

Dogs often growl when they play. While this might sound strange, a dog’s growl while playing isn’t one of aggression. Rather, this growl is one of excitement and expresses happiness. It is also a form of communication between two playing dogs, just as people communicate while playing.

It is important to learn to differentiate the difference between playing growls and growls of aggression. Playful growling is usually higher pitched and the growls will be shorter, accompanied by jumping and other playful body language. Even if one dog has another on their back and they are growling at each other, it is usually quite easy to tell that they are engaged in play and not actually fighting with each other by pitch and level of intensity of the growls. Be aware that, like people, play fighting can turn into real fighting if one dog pushes another too far or one dog feels threatened. If you have any doubt whether that is happening, it’s best to break up the action and let the dogs cool down just to be on the safe side.

What To Do If My Dog Keeps Growling At Nothing?

First, consider taking this as useful information rather than bad behavior. A dog growl is it’s way of reaching out to you. Something is obviously bothering him, and he is choosing to communicate this to you. You should try to figure out the reason behind this behavior as opposed to just punishing him.

What To Do When Your Dog Barks At Nothing?

So, what to do when your pup just can’t get enough with his unexplained barking? The methods are as complicated as the reasons behind the behavior in the first place. But, no matter what the reason for the barks, there are a few things that are common to all types of training.

First, never yell. This will give the wrong idea to your four legged friend. He will assume you are interacting with him vocally, and will continue the conversation with more and more doggy voices .

Second, remain positive and upbeat. Dogs can pick up on your mood and act accordingly.  And lastly, BE CONSISTENT. Not only you, but every human in the family must follow the same training method. You can’t let your pet get away with inappropriate misconduct on one occasion, but hold him to a higher standard the next time. This will only confuse him and undermine any progress you have made.

Now, it’s time to address his motivation. If your canine companion tends to make a fuss about those he sees as intruders, such as passersby on the street, simply remove him from an area where he has a view of that street. Or simply close your curtains.

Despite what horror movies have taught you.  Next time, if your dog is randomly growling at nothing, don’t be alarmed. It doesn’t mean that there is a ghost lurking around in your house. So rather than looking for a new house, figure out the reason behind your pup’s aggressive behavior. 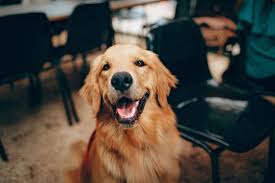 A dog’s behavior is somewhat logical. It’s full of ways of communication. Your fearful dog is telling you that all is not well in his doggy world. Or it is simply the fact that your furry friend has more advanced senses than humans do and he is seeing, hearing or smelling something that you cannot, which is causing the discomfort.